Below is a rundown of the three Campaign types. Five things to keep in mind:

If you're currently on our Free Plan, click here to learn more about upgrading!

A general campaign is perfect if you simply need a landing page to collect donations. On these pages, you can add a cover image, your own content block (including text, images, and videos), and customize a specific donation form. At their core, these pages are engineered to drive donations to your specific cause.

When someone donates through a General Campaign page, their donation is automatically earmarked to this Campaign in your Donately Dashboard, so you know exactly where the donation was intended to go.

Accordingly, the main call-to-action on these pages is for the page visitor to "Donate Now", and the secondary call to action is "Share", which will bring up a prompt to share the page directly on social media. Here is an example of that: 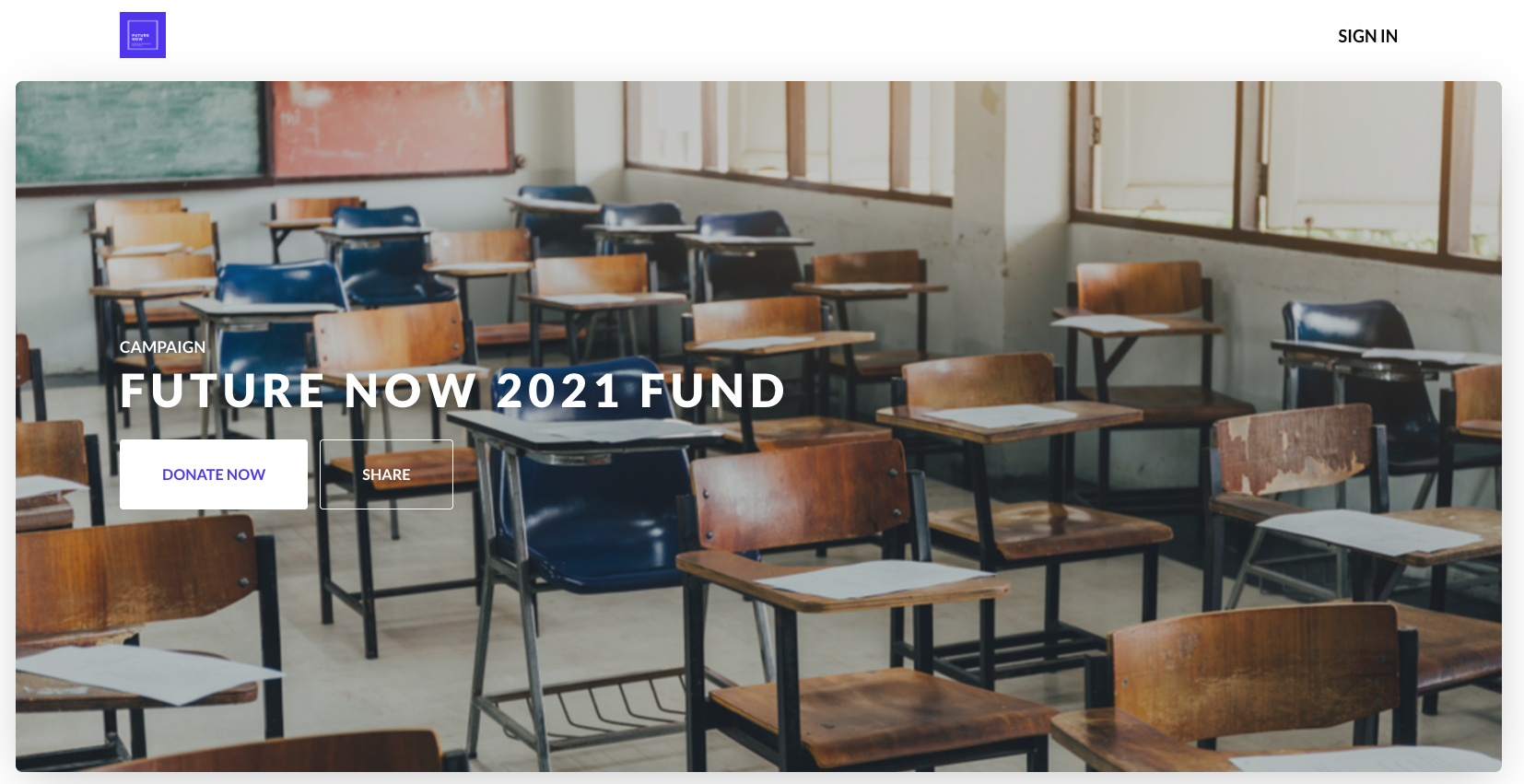 Click here for an example of a General Campaign page.

The main goal of a Peer-to-Peer Campaign is to get your supporters to create their own Fundraising Page off of your Campaign page. Accordingly, the main call-to-action on these pages is "Start a Fundraiser", with the secondary call-to-action to be "Donate Now". Below, you'll see the pages look very similar in structure with the button labels varying compared to a General Campaign page:

To see the entire process of creating a peer-to-peer fundraising page, click here.

When a supporter gives through a Peer-to-Peer fundraising page, the donation can be counted in one of two ways:

Finally, the third type of Campaign is different from the other two above in that it does not include a public landing page hosted by Donately. Instead, this Campaign type is used if you are embedding a donation form into your own website, but want to organize the donations according to the Campaign.