What's the difference between a Campaign and a Fundraiser?

Two of the three main Campaign Types on Donately are "General Campaign" and "Peer-to-Peer Fundraiser". The most high-level way to differentiate between a Campaign and a Fundraiser is this:

For a full breakdown on Campaign Types, check out this article.

Campaigns are the main donation pages that only Donately admins can create. Campaign pages consist of your organization's logo, a large cover photo, a content block where you can add text, video, and images, donation buttons, and share links.

Each campaign page gets its own URL which can be easily shared. You could use Campaigns as a standalone page if you don't have your own website or as landing pages if you want to focus donors on a specific initiative.

The example is a Campaign page: 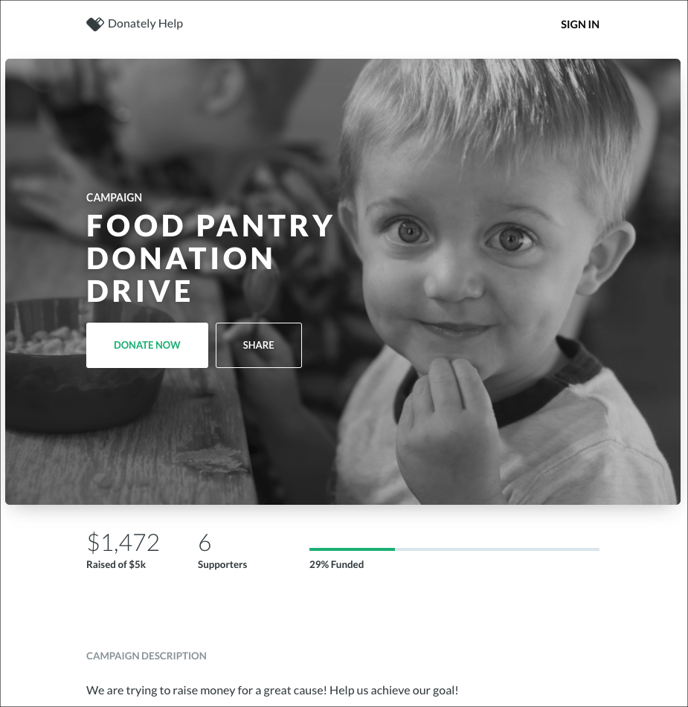 Fundraisers, or Peer-to-Peer Fundraisers, are what enables donors to raise money on behalf of your organization's Campaign. Each Fundraiser is given its own URL, making them as easy to share as Campaign pages.

Donors who set up Fundraisers are able to add their own personal image and message to a special sidebar of your Campaign page.

Based on the example above, this is a Fundraiser on behalf of that Campaign: 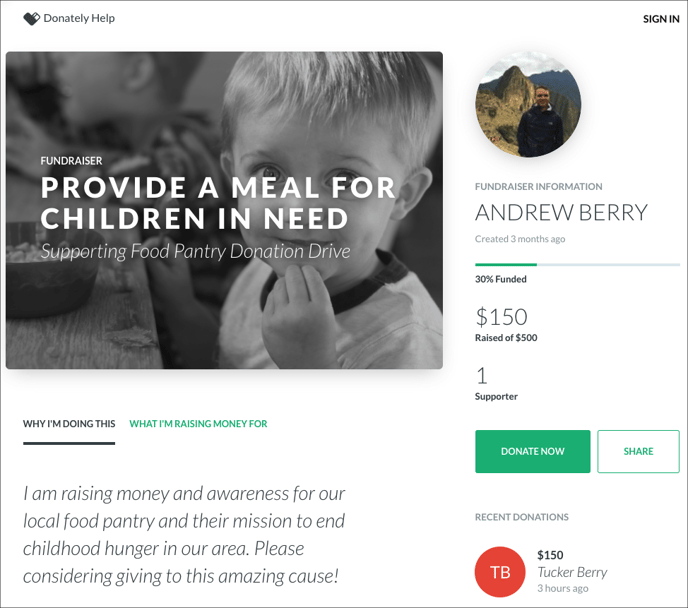 You'll notice that Fundraising pages use some of the main components of the Campaign page, such as the title and header image, but focus on the fundraiser's content.